by William Watson
in Programming and Development
0 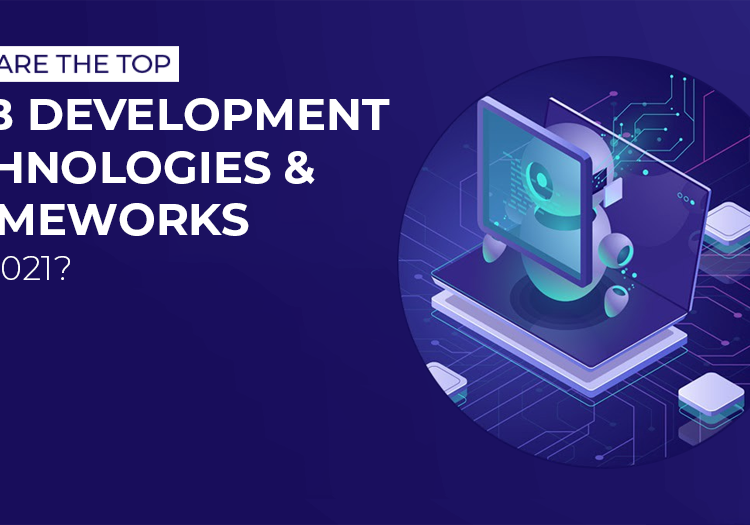 As a developer, you want to be at the forefront of innovation and technology—but this can be overwhelming when the tech industry changes as fast as it does. Over the past few years, we’ve seen many new technologies emerge, from React to HTML5 to Node JS, and more are on the horizon. But what’s most important? What should you focus on learning in the coming year? Here are 10 of the top web development technologies and frameworks that you need to learn in 2016 if you want to be considered one of the best web developers in 2021.

JavaScript library for building user interfaces. It’s easy to learn, flexible, and is used in a number of high-profile websites.

Bootstrap is another popular technology used to build websites. Bootstrap can be easily integrated with most modern front-end frameworks, so you can choose which CSS library fits your needs. It’s designed with responsive design in mind, so it works perfectly on all major devices.

Backbone.js is a lightweight JavaScript library, providing structure to your code while ensuring a clean separation of concerns. It’s popular among individual developers as well as corporations who use it in their internal libraries.

This is an open-source front-end web application framework. Angular combines declarative templates, dependency injection, end-to-end tooling, integrated best practices, and built-in testing into a lightweight package that allows you to develop applications very quickly with JavaScript. It was created by Google engineers to address many of their own issues using other frameworks like jQuery.

Its popularity has grown steadily since its first release in 2009, becoming one of the top 10 most starred software repositories on GitHub by 2012. Currently, more than 120 different companies use

Java is an object-oriented programming language developed by Sun Microsystems and is currently managed by Oracle. It is described as a platform-independent language because it can be run on almost any operating system. That said, Java was originally built for desktop computers; many new programs written in Java are meant to run on mobile devices or video game consoles.

It is part of Microsoft’s .NET initiative, commonly called Managed Code. The .NET Framework is intended to be used by most new applications created for the Windows platform.

Python is easy to learn, powerful, popular, widely supported by open source libraries, and scalable. It’s also very popular in academia (thanks to its easy learning curve) but is used by companies like Google (YouTube is built with Python). With more than 80% of its code written in Python (according to Stack Overflow), YouTube gives Python developers an opportunity to build on one of today’s hottest platforms.

Not all development trends are created equal, but their potential is often leveraged by rapidly growing frameworks that are chosen by developers who are looking to solve complex problems. This makes it easier for newer, trendier frameworks to climb up our list of recommended technologies. Take VueJS, a technology that didn’t even exist in 2017, which has quickly become one of our top 5 recommendations based on its widespread adoption among developers. We predict more growth from Vue in 2020.

Flask is a popular Python framework for creating web applications. Flask also has first-class support to deploy web applications on the Google App Engine platform. Flask uses Jinja2 as its templating engine, which is very fast and easy to learn. It can be extended with different libraries like WTForms, SQLAlchemy, Routes, etc. This makes it one of the most popular python frameworks.

It was released in 2010 by Armin Ronacher, creator of Django. The framework is very lightweight. It makes use of the Werkzeug library to speed up web application development. It also allows developers to create dynamic applications by injecting code into templates at runtime.

Currently used by GitHub, Basecamp, Groupon, Shopify, SoundCloud, and more. Ruby on Rails is a mature web development framework that helps programmers to build great web applications. Major update 4 was released in early 2018 with many important changes – a high level of security, stability, and maintainability – all at once.

Also, Ruby 2.5 is better than ever before with its new features like Celluloid support, new timing capabilities, timeout options, thread priority levels, and more. Plus, there are many useful libraries like Kaminari for pagination in Rails 5 that make the developer’s life easier.

A free library of cross-platform JavaScript tools that simplify HTML document traversing, event handling, animating, and Ajax interactions for the rapid web development company. jQuery is a fast and concise JavaScript Library that simplifies how to traverse HTML documents, handle events, perform animations, develop Ajax applications, handle cookies, and use a slew of other browser features.

What is Vue.js? Vue.js is a JavaScript framework that allows developers to create user interfaces using HTML, CSS, and JavaScript. The major advantage of Vue over other frameworks is its speed of development – it helps you build web interfaces faster than any other alternative.

One of Vue’s key advantages is its simplicity. Unlike some other front-end frameworks, such as Angular, you don’t need to be a developer with years of experience in JavaScript and HTML to get started. The framework has a relatively gentle learning curve but also gives you access to some more advanced functionality when you need it.

In terms of web development technologies, Ember.js is one of our top picks. It’s an open-source framework created by Yehuda Katz in 2011. Ember utilizes an MVC (Model View Controller) architectural pattern to build single-page applications with JavaScript.

Digital Marketing Services in the USA