Guidelines when Designing a VUI 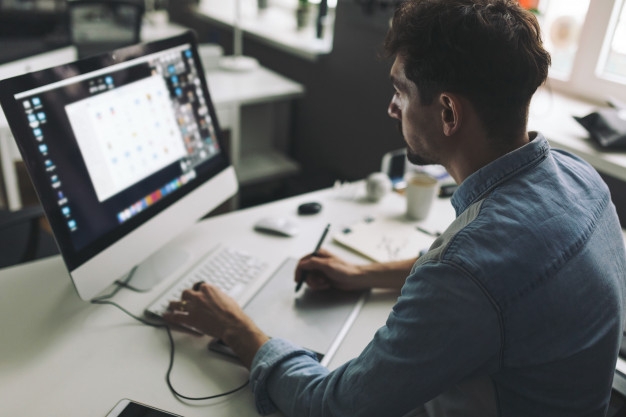 User interface design is one of the most important things in any mobile application. It has the capability of hooking the audience to the whole new level and thus, creating a more user base and greater revenue.

When this was about the physical interface of the application, there is another brand new concept emerging called Voice User Interface making users more hooked or interested in using the application.

The voice user interface is a technique that let’s one to conversate with the app using voice. Using the voice, one can get solutions without typing and this is why startups and organizations are investing in VUI application development.

As voice is quite natural to people, getting the app developed and designed accordingly is one of the next things that made a leading mobile app development company to work upon.

Meanwhile, on the other hand, there are over 5 million mobile apps available. Among these 5 million applications, a few are the best ones whereas others are tagged as failed mobile applications. These failed apps also consist of resources, time, expertise, and others. Thus, to hook users and become one of the leaders in the app development world, it is essential to develop and design apps based on several VUI designing parameters.

Here in this blog, we will be discussing the VUI designing parameters, iOS, and Android app developers should consider.

Without further ado, let’s get started with them-

Facial expressions, body language, eye contact are a few things when we need to know about a person during conversations. Apart from that, these above-mentioned parameters can also help in understanding whose turn is to speak or listen to.

VUIs are audible, transient, and invisible, hence, designing for them is definitely a task until or unless there is a visual interface integration.

To overcome this challenge, the system status should be made visible along with the start and end of the speech interaction. Also, it is essential to pass on the information to users about which information is being understood by the machine and what is missed.

Offer an error based message to the user like “Sorry, I can’t understand it”, “Can you please repeat the sentence”, “Did you mean”, “Would you like to use some other keyword” etc.

Speech interaction should let users interact informally and in a free form. Restricting users to use the app only with formal conditions can turn them off to continue using the app.

Hence, in such a condition, learning from interpersonal interactions can help in designing an app more natural and intuitive. Also, for enhanced user experience, it is necessary to fill the system to understand short, fixed commands, informal phrases with natural essence too.

Ensure you are not using too many technicalities in the app unless it is the requirement.

You are developing an app for the user, hence, they should be the in-charge of the system. Also, on the other hand, users also want the system to respond to their actions instantly and naturally.

There are many times when results do not satisfy the requirements of the users by responding not accurately, slower, or without the user’s intention. This makes users get little control over the system.

In this situation, to offer enhanced and greater user experience, the VUI should respond faster with accuracy. This can be achieved through the mechanism of natural language processing techniques and understanding.

However, designers and developers on the other hand also require to keep a close watch on the system’s performance.

When it comes to designing a nice VUI, analyzing the manner like tone and word choice can help in providing enhanced user experience.

For that matter, Virtual assistants should have a sound knowledge of user personal like name, gender, background, personality, and so on. This will further support in understanding what kind of words, mannerism, tone, pitch, etc will be used while answering the user.

Also, when working upon the persona, it is important to consider the user’s prior preferences, research, and brand values of the company. These points should be used throughout the process of the designing process.

Using the persona at every level makes the process of designing VUI consistent.

VUIs are prone to several sorts of misheard words and voices. This results in an error which is caused due to issues like microphone quality, mapping the user intention, conversion from speech to text, misheard words, etc.

To eliminate such issues, designers and developers should understand what issues or errors users might encounter. This will definitely impact the cost of developing an application but it will help in getting a great insight into the user for developing the final application.

An MVP version of your VUI based application can also help in gaining great insights into the user’s liking or disliking it.

As we are talking about Interface- a prominent part of designing a mobile application, similarly, the VUI is another important part. When designing an application based on the concept of VUI, the design should be made minimal and simple.

Just like the simple app UI, the VUI should be designed keeping users in mind as thinking while speaking requires more effort when comparing it with typing.

To make the process easier, understand it as if the user is chatting just like humans with a machine. Designers should keep their feet into the shoes of the users first before getting started with the overall process.

These are a few pointers and the guidelines one should follow for designing a VUI. Meanwhile, there are more in the list that should be considered like support, documentation, recommendation, recognizing, diagnosing, and so on.

Always remember that when designing a VUI, it is important to make users the top priority, their way of interaction, the solutions they often look for, their intention behind, and so on. Failing to do so can make your app with Voice interaction another failure.

How To Improve Your Local SEO Ranking On Google